BuyVia was founded by two brothers and self-proclaimed “gadget geeks” who in 2011 saw the need to improve the shopping experience by bridging the online and retail shopping worlds and to help consumers find high quality consumer products at the best possible price.

As online shopping continues to grow, the way consumers research and buy has also evolved.  Many consumers research products online via a laptop.  Then they are ‘showrooming’  – going into stores to see and touch the products they’re interested in.  While they are in stores they sometimes scan UPC codes to capture store prices.  They then compare prices online with those they find at retail (sometimes using codes).  Finally they make a decision on the best combination of product and price.

This multi-point shopping experience has complicated things for the shopper.  There are a plethora of tools and devices available – the laptop, the tablet, the smartphone, paper and online coupons, along with various apps – and the savvy shopper has both the desire and the means to take virtual and physical “smart shopping” to new levels. Unfortunately for many, more options have resulted in more work which hasn’t necessarily resulted in smarter buying decisions both online and in-store. The overload of information has created shopping fatigue and it still isn’t clear if consumers are truly getting the best products at the best value.  It’s also complicated by secret deals and hidden relationships between manufacturers and deal sites, retailers, and other sellers.

Through BuyVia research efforts, the company discovered that consumers wanted to be empowered to find the best products at the best value in the most effortless way possible. BuyVia provided a completely unbiased shopping experience and uncovered hidden values that consumers wouldn’t otherwise know about.

The BuyVia app and website brought together one of the strongest smart shopping arsenals available, across all of the devices people own-including their smartphones, laptops/desktops and tablets -without tedious and time-consuming research. With a visual interface akin to the Apple and Pinterest aesthetic, BuyVia was incredibly easy for the average person to use and uncluttered the shopping and decision-making process.

The founders brought in Karbo and her agency to provide PR services for an earlier venture, TechBargains.  They reached out to Karbo again to help launch BuyVia.  Karbo knew that quickly establishing strategic thought leadership in the consumer and tech press was going to be the key to successfully building the brand and driving people to use BuyVia.

The ultimate goal was to develop and execute a successful company launch from stealth mode, drive app downloads and over time develop market leadership.  Karbo and her associate, Cameron Smead, recommended also establishing the Founders as thought leaders that could be trusted to deliver the best information on smart shopping, in store/online deals and product comparisons. In addition to traditional press, the agency team recommended BuyVia pursue digital media campaigns, including strategic partnerships with top online influencers in order to increase exposure, grow the social media following while also directly reaching the consumer.

When the agency first began working with the Founders they had not yet decided on a company name and messaging was not in place.  The agency assisted in the strategic naming (Karbo developed the name BuyVia) and messaging process while simultaneously developing and implementing a robust company launch campaign.

The agency executed a fourth quarter 2012 full scale launch, including a customized pitch campaign targeting top tier business, consumer and tech press.  The campaign was incredibly successful and resulting in a large number of app downloads and website views.  Immediately following the launch, the agency began working on Black Friday/Cyber Monday related pitches.  They also developed the first survey focused on holiday shopping via mobile devices and coupon use during the holiday season. Throughout the year the agency continued to design and execute leading survey campaigns on timely topics and trends, including but not limited to holiday shopping, the Super Bowl, Apple product rumors, Father’s Day, summer travel and back to school shopping. These announcements garnered placements in top business press, consumer press, tech press and leading blogs.

In an effort to get even closer to the consumer and increase BuyVia’s social media following, the agency designed a strategic digital media campaign reaching out to top online influencers for partnerships with BuyVia. In just three months the agency grew BuyVia’s social media following from zero to into the thousands, all credible and real users engaging with BuyVia on a daily basis. These campaigns included custom digital advertising programs, as well as partnering with leading bloggers to develop guest posts, social media campaigns and giveaway contests.

Within weeks of the launch, the company’s coverage began to outstrip direct competitors’ such as Amazon Price Check, RetailMeNot, ShopSavvy, Red Laser coverage.

The agency brought increased visibility to BuyVia through its dedication to differentiated messaging, aggressive press outreach and a creative programs, all of which netted coverage in top tier press, including:

The agency continued to be diligent in identifying timely topics and trends used as fodder for the survey program.  Content was driven by current issues that held interest for the media and led consumers to download the app and visit the site. (e.g., holiday shopping, showrooming, iPad/iPhone rumors, Super Bowl, Back to School, etc.)

A Sampling of Media that Featured BuyVia: 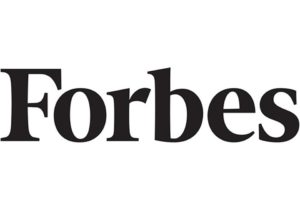 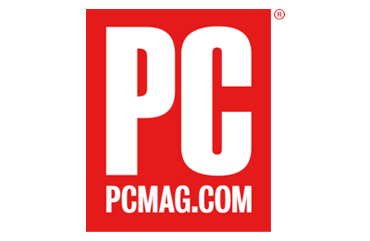