Impressions in top business and technology trade press, including features in the Associated Press, CNN and USA Today

Amount, in cash, Peribit was acquired for

Features in tier one media, including CNN and Forbes Peribit Networks represents the perfect example of how strong positioning, a compelling press message tied to current events, and excellent execution can result in market leadership in an emerging, yet competitive market.

K/F was hired by Peribit when the company was in stealth mode and carefully planning its launch.  Expand Networks was an entrenched leader in the market and WAN Optimization was an emerging category.  Originally, members of Peribit’s executive team were leaning toward a more traditional positioning approach that followed the lead of many other networking companies at that time. Julie Karbo and the agency strongly recommend a messaging platform that leveraged the interest at that time in DNA research and the heritage of the company based on the founder, Amit Singh’s work as a doctoral candidate in the Stanford University Bioinformatics program.  Singh had applied the techniques of DNA sequence matching to address the issues of congestion on corporate data networks.  Using this link, Karbo crafted messaging and pitches that clearly articulated the complex intricacies of wide area network bandwidth optimization, yet boiled the concepts down to a level that anyone could easily comprehend.  The company’s technology was also cast as disruptive in nature.

In addition to focusing on positioning, the agency team decided that something as technical as WAN optimization would not only be a topic of interest to the IT and networking press, but the business and general press.  The team focused on several compelling elements– the interest in DNA research, the transfer of academic pursuits to a successful business model and the increasing difficulty in securing the bandwidth needed to fuel the growing appetite for pervasive, more bandwidth hungry applications.  An aggressive outreach program was developed that targeted trade publications, the business press and science and technology reporters for consumer publications.

Over a three year period, the agency’s efforts strongly contributed to the establishment and growth of the worldwide WAN Optimization category and established Peribit as the clear market leader.  In the first year of the program alone, the agency delivered the following results:

When Peribit was acquired by Juniper Networks in July 2005 for $337 million in cash, Peribit’s V.P. of Marketing, Dan O’Farrell noted that the agency’s positioning and PR programs played a significant role in the company’s market leadership, valuation and acquisition.

A sampling of media that have featured Peribit: 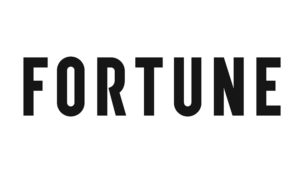